Here's one of my other photos I took the last time I was at the Grand Canyon — the other one I've shown is the “Sunset Flames“. This particular photo was taken minutes before the flames picture while the sun was still partly above the horizon. I thought it was interesting how the face of the cliff lit up the way it did. I was also pretty impressed with the clouds in the sky and the way they were reflecting the light and color. 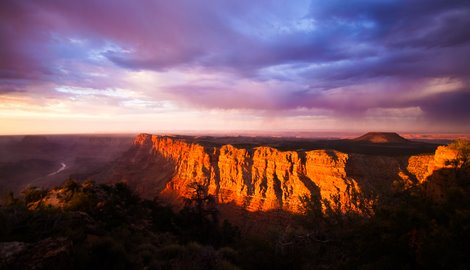