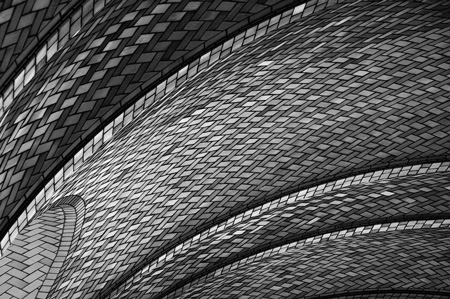 I took this one inside of the Ellis Island building on the top floor. It's an amazing building if you haven't seen it before. The ceiling in this place is made up of a bunch of huge tiled arches. I just had to do something with them, so many lines and curves up there. I picked a few spots and started framing and composing in various ways. When all was said and done, this one struck me as the best of the shots. I knew, before I even shot it, that I would be turning these black and white. The tiles had different tones and created various patterns. I wanted to exploit that.