Ok, ok, now before you Lightroom fans get all twisted up, read this and read it carefully. This post isn't intended to stir things up. I'm not a Lightroom user, but I'm a Photoshop user. Those who know me also know that I'm a big fan of using Adobe Bridge and Adobe Camera Raw to organize and process my photos.

1. DEPENDENT ON A DATABASE 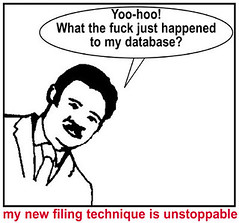 I'm sorry, but I've already been hit with database issues in the past. I'm sure Adobe has things nailed down pretty tight, but I don't like the idea of having to rely on those things to keep track of my photos. Call me old fashioned, but I like to place my photos on my hard drive in the folder hierarchy that I'm comfortable with, use sidecar files to store extra information, and only rely on my organization software to view the photos and place/utilize metadata.

Why am I so against a database? Doesn't it make things faster and more organized? Sure, but what happens when you get new hard drives, upgrade operating systems or entire computers, or decide to use a different photo organization software at some point? You may find yourself out of luck.

I've already made the decision that I utilize Photoshop enough to justify paying for it. Yes, Photoshop is a totally different beast from Lightroom, but the software bundled with it isn't. Lightroom is basically a combination of Adobe Bridge and Adobe Camera Raw — they share many features and they use the same Raw processor.

Lightroom does have a few extra features and conveniences, but is it worth the extra cost if I'm already investing money in Photoshop? I think not. Lightroom and Bridge/ACR are so similar in nature that I'm willing to bet Adobe will leapfrog the two software packages with each new release. Meaning, you can probably expect to see many Lightroom 2 features in the next Bridge/ACR bundle, in addition to some new stuff that Lightroom doesn't have. Then Lightroom 3 will probably have many of those new features plus some new stuff. And so on, and so on… (note that this is all just speculative rambling on my part, I could be totally off) 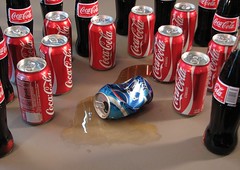 Since the introduction of Lightroom, there's been somewhat of a cult following. I understand that it's a useful piece of software, but I've seen more than one avid Photoshop user jump ship (or decide that they need both Photoshop and Lightroom). I've also had several fellow photographers urge me to get on board with Lightroom as if it were the greatest thing since sliced bread.

I tend to ignore the preference of the masses, and make my decisions based on my own needs. I'm the same way with the whole digital vs. film thing — I rather enjoy shooting film, no matter how many times ex-film photographers tell me how terrible the stuff is and how digital is the only way to go. Cool, if it works for you and it makes your life easier, I'm not going to stop you from following that path. I feel the same way about camera brands — I made the decision to shoot Minolta/Sony because it suited my needs best, not because they're the most popular name brand.

Ok, go ahead and let ‘er rip in the comments. Shred me to pieces. Preach your Lightroom gospel you users of Lightroom. Tell me why I'm wrong, and convince me to change my mind.

Actually… I'm hoping for a healthy conversation about the benefits of Lightroom from all of you using it. There are quite a few non-Lightroom-using photographers out there who could get a lot from such a conversation. I think it's a great (and cheap) alternative option to Photoshop for a majority of hobbyist photographers.

UPDATE: Here's a follow-up response from the readers!