I don’t think I’ve ever seen so many people talk about one camera so much!Â  Everybody’s got something to say about this new camera from Canon, but Rob Galbraith DPI has a roundup of information including the Canon white paper and lots of product shots.Â  In case you haven’t heard for some reason, the Mark III is a pro-level dSLR that owns the rights to the phrase “worlds fastest AF dSLR with approximately 10 fps continuous shooting.”Â  That’s impressive!Â  Also an interesting note, the camera uses a new 10.1 megapixelÂ APS-H sized sensor (28.1mm X 18.7mm) with a crop factor of 1.3 — so somewhere between a full frame and a typical APS-C sized sensor.Â  Interesting, but still too expensive for most of us.

The Results of Oil in the Niger Delta

There’s a great written and photo essay at PopPhoto.com called “The Drilling and the Damage Done”, which takes a look at howÂ oil drilling in the Niger Delta has taken it’s toll over the last 50Â years.Â  It’s amazing that this kind of thing goes on in places like this, yet most of the world is probably unaware.Â  I was.

Here’s another photo essay type of documentary at Inside Aperture called “Aperture in Somalia” that shows one photographer’s trip through this country.Â  I just can’t fathom going to a country where you need armed guards by your side at all times for safety.Â  It’s sad, but real. 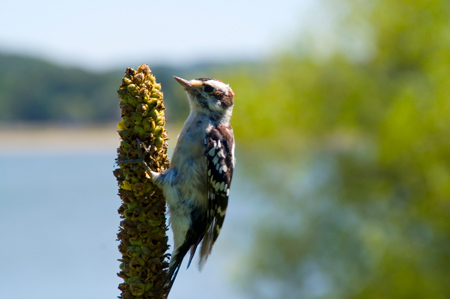