The guys at Photoshop TV have released “Photoshop TV Episode 66”, and it's AMAZING! This week, the tips are aimed straight at photographers. They've got two good tips and one AWESOME tip. One good tip is for a simple method of watermarking your photos using an action with smart objects. Another good tip shows a good way to utilize the crop tool. THE MOST IMPORTANT TIP is for using Photoshop CS3's Camera RAW editor with photos that aren't RAW — I'm talking JPEG and TIFF in addition to RAW. If you've ever used Camera RAW, you'll know how powerful it is when making initial adjustments to the photo. Photoshop CS3 has added some great features to the Camera RAW interface, and the best part is that you can use these features with JPEG and TIFF images! This is powerful. The most powerful of the features is the ability to adjust white balance — something that was once somewhat difficult to adjust on a JPEG is now very easy. The video tutorial goes over the adjustments available in the first tab of Camera RAW, but if you explore the rest of the options you'll find that you can adjust almost everything you want plus some stuff you didn't know existed. EXCELLENT TIPS!

Giving Photos a Some Mood

John Watson at Photodoto posts some tips on “How to Process a Photo for ‘Mood'“. He shows us a good short example of how to use two tools to create mood. The first tool is the blur overlay, which kind of softens some of the image and adds some mystery to it. The second tool is duotone conversion, which is basically a black and white with a color filtered over it. You can duotone using many different colors, thus directly affecting the mood of the photo. This is definitely something to try out on those color photos you like, but just lack something that you can't put your finger on.

Viewfinders Are Not Perfect

Darren at the Digital Photography School asks the question “Does Your DSLR's Viewfinder Give the ‘Full Picture'?“. DSLRs do a pretty good job with the viewfinder (95% of the sensor image for most) since that's really your only option, but they're not perfect. For most photos it's not a real big deal, but sometimes you'll try to compose a shot just right only to find out that some distracting object found its way into the shot near the edges. It's a good idea to learn how your viewfinder works, and the quickest way to do this is by previewing your shots after you take them and see just how much extra you're getting around the edges. For those without DSLRs, the viewfinder can range from descent to terrible — so be careful and know thy camera. 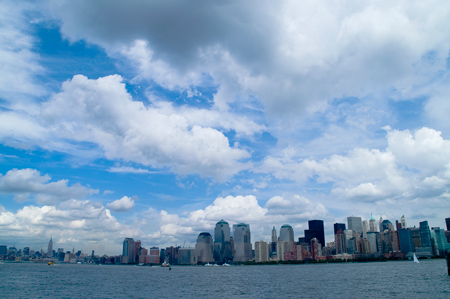