I love film… I really do. But there are occasions when I opt for my digital camera over my film cameras (shh… don’t tell them I said that).

I know, most of you might be thinking “digital is always better than film”. And certainly, the word “better” is open to interpretation. But my point here is that digital photography has certain advantages over film photography for specific situations. I plan to post a follow-up article that explores the situations when film is better than digital (and I might post it on my film photography blog, naturally).

So here are 5 situations when digital is usually better than film.

WHEN YOU NEED TO SHOOT A LOT OF PHOTOS

And when I say “need”, I don’t mean shooting a thousand photos on your stroll down the road. I’m talking about situations that require you to photograph hundreds or thousands of photos for some type of event or job.

I can think of several such events that I recently shot with my digital: The Parker 425 race, the Green Man T-Shirt event, the Long Beach Grand Prix, and I’m sure there are others I’ve done. The point is: these types of events (whether you’re shooting as a professional or as a hobbyist) will require that you take many hundreds of photos. Others that come to mind are weddings, concerts, sporting events, product shoots, fashion shows, races, and many more.

It’s not to say that these situations can’t be shot with film, but it becomes very tedious and expensive with ultimately fewer results (unless you’re downright awesome).

One of the major inconveniences of film is the fact that you can’t change your film sensitivity on the fly — you either have to finish the roll or wind it back up and write down where you left off. Digital cameras overcome this inconvenience by allowing you to change the ISO setting at any given time. 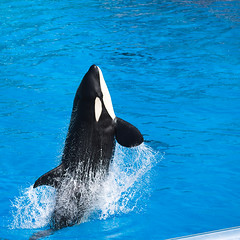 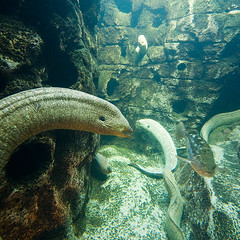 One such situation that comes to mind is at a theme park or zoo. One minute you’re outside in the sun, then you’re inside a dark aquarium, then you’re back outside, then you’re back inside, etc. Pain in the butt if you’re shooting film. And again, things like weddings and concerts might have rapidly changing lighting conditions that will require a quick ISO change.

WHEN TRAVELING FOR LONG PERIODS OF TIME

At just a “few” shots per roll of film, you could really accumulate a collection of spent film on a long trip. This poses two problems: the cost of the film and developing, and the space needed to lug it around. Digital photos, on the other hand, don’t take up much space — especially if you’re packing a laptop or other mass storage device. 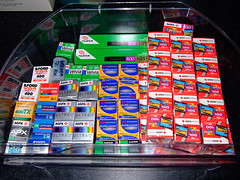 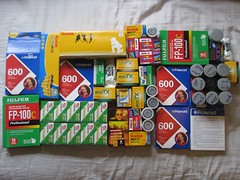 Again, not saying that you can’t (or shouldn’t) shoot film on a lengthy vacation, but I wouldn’t leave the digital behind. When traveling, I bring both film and digital cameras, but I always pack way too much film. That’s the other downside to film — you bring more than you need, “just in case”.

WHEN YOU NEED A QUICK TURNAROUND 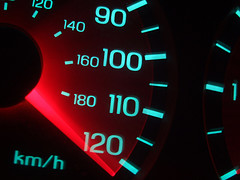 Not all paid shoots will require a ton of photos, but some will require a quick delivery of images. In this case, dealing with the film might be more work than it’s worth.

Even for personal stuff, sometimes you just need a quick shot of something that you can toss on the web. This is true for things such as blogs, eBay or Craigslist postings, quick family/friend emails, and other such situations. Obviously, digital rules in this area.

If you want to send a film photo through the interwebs, you have to shoot the entire roll, develop it, let it dry, chop it up, scan it, process it, and finally output it for the web. Digital… shoot, download, process, downsize, done. Hell, you could even shoot it on your cell phone and upload it straight to Flickr or Facebook. At any rate, film just takes a bit longer (and more money) to process and digitize.

WHEN YOU DON’T WANT TO SPEND THE MONEY 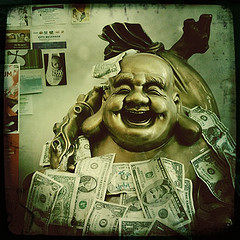 There is certainly an ongoing cost associated with shooting film, and that’s not always a bad thing when you can pick up a camera for less than $50. But not every situation you encounter will justify that film & developing cost.

I shoot a lot of film, even for personal stuff and family get-togethers. But sometimes I just don’t see the benefit of going analog. If you know you’re going to be taking a lot of personal shots that you’ll never have time or money to develop and/or print, just take the digital camera. Or maybe you’ve been shooting a lot of film and falling behind on developing and scanning — shooting digital for a while can be a nice break and allow you to catch up.

WHAT DID I MISS?

Besides the default “digital is always better than film” answer — that doesn’t count (and I’ll prove it wrong with a follow-up post).