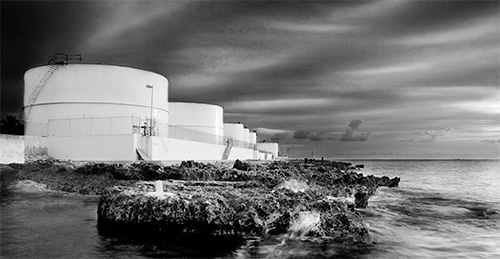 This week's photoblog is another special edition. The photo once again isn't mine, but it's one that I processed. Ryan Goodman ran a project asking his readers to revisit and retouch one of his photos. I'm a little late in getting around to doing the project, but the deadline is January 25 — so you still have a bit of time to get an entry in if you're interested in participating.

I wanted to give this one a go with black & white, and after checking the sky on the underexposed version of this image I knew I wanted it to be kind of dark and looming. So here's how I went about it.

To see the original files, check Ryan's project announcement page. The RAW files were all cropped and rotated as seen in my final output.