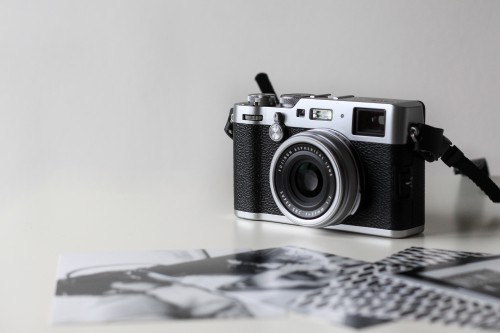 Photokina 2018 is long gone now, but it was a total blast. This event is known as the largest and most anticipated photographic event in the world. Before this year, it happened in a biannual format, but after 2018 it will become a yearly event according to this. Camera makers are making it pretty tough for us consumers with such an overwhelming amount of gear to choose, and this year was extremely exciting due to game-changing appearances. Today we want to talk about the main highlights from Photokina, but we will be focussing on gear…so here is your 2018 cameras and lenses from Photokina update.

Alright, since everyone (literally, everyone) released new cameras with innovative technologies, we'll mention only one from each brand. It is important to mention that some of these brands got in before everyone else and released a couple of weeks before the main event, but for historical purposes, we will group them around Photokina 2018.

Canon EOS-R This isn't Canon's first mirrorless attempt but it is the first that really made some noise. The EOS-R is a full-frame mirrorless camera with a new lens mount. We are pretty sure that some true Canon devotees will take the mirrorless route they are trying to build with this camera, but the general review consensus seems to be that Canon's offering still lags behind Sony's mirrorless. You can get the official specs here.

Fujifilm GFX 50R Fujifilm reaffirmed that they're are far from being interested in full-frame based cameras. On the other hand, they are putting traditional medium format camera manufacturers against the wall. The newest GFX 50R is a smaller and cheaper medium format in a range-finder system. This camera is still a serious investment but is the first real approach to an all-in-one purpose system that could work from the streets to the studio.

Leica S3 Leica is famous for releasing the most exclusive and desired range finders ever, but they released a DSLR this time… Like what? This isn't a regular DSLR, so don't freak out, this is a medium format DSLR camera. The S3 was quite a unique launch at Photokina. This camera is a massive tank that could be pretty interesting for certain fast action shooters. You can take a better look at the system here.

Nikon Z7 Nikon also released prior to Photokina their brand-new shiny mirrorless the Z7. This isn't the first attempt from Nikon, and honestly, it does look nice because is a complete new system, unlike Canon that simply deflated the 5D into a Mirrorless system. General feedback from the photography community is that this is a very positive entry into the market. You can check out their specs here.

Panasonic LUMIX S1R This camera really got some attention at Photokina. Panasonic has been making some really serious breakthroughs in the camera world, especially on the video side for quite a few years now. This camera has a broader scope and goes beyond vlogging enthusiasts to the professional photographers demanding more powerful specs.

Phase One XF IQ4 150MP There isn't anything truly innovative from Phase One at this point besides making things bigger and bigger in terms of Megapixels. Their last camera was 100Mp, and this one is 150Mp. These guys need to start doing something else before Fujifilm, Sony and now Leica all take their market share away from their exclusive hands.

Ricoh GR III Oh yes, the newest camera from Ricoh is an update of their mythical GR system. This camera could be an ideal option for those serious photographers that aren't quite fully into street photography and want to have something to keep with them all the time.

Zeiss ZX1 Mad projects like this one really get the attention of serious photographers. Zeiss has been known for their state of the art optics, but this time they went nuts and introduced a full-frame compact camera with a fixed 35mm f/2 lens with 37.4 megapixels. But that isn't the real breakthrough, the big deal is that it comes with built-in Lightroom, so you can develop RAW files in the camera. You can take a further look at it here.

Fujifilm adds three new GFX lenses to their roadmap After releasing the GFX 50R (and announcing the development of a 100Mp beast, the GFX 100S) Fujifilm still unveiled three new lenses from their line-up:

Ultra wide-angles from Laowa Venus Optics has a very peculiar and specific niche with their Laowa system, the ultra-wide angle lenses. At Photokina 2018 they released a lot of new lenses that could be a great solution for certain filmmakers and cinematographers.

Sony 24mm F1.4 G Master™ Prime Sony has quite a full portfolio in terms of cameras (being a pioneer in the mirrorless system for serious photographers) so they relaxed a bit this time and they announced some lenses. One of the most interesting is their widest G Master Prime lens yet, the 24mm F/1.4, which got some attention indeed.

Tamron SP 15-30mm f/2.8 Di VC USD G2 Tamron announced a powerful ultra-wide angle lens, a 15-30mm lens with a pretty decent aperture of f/2.8, which is quite fast for such wide focal lengths. This could be an interesting solution for a lot of photographers working with Canon and Nikon DSLR cameras. You see guys, you shouldn't have changed your mounts.

Kodak Ektachrome is finally and officially back, and shipping now! Last but not least, Kodak finally made their Ektachrome available again. After a long wait and a lot of expectations around it, it has finally become a real thing. And you can start buying them now!

So that is our gear round-up from Photokina. We hope you enjoyed this update. Leave us a comment, if you have anything to add.