Two things for this quick bit of news — the first is a crazy DIY pinhole film camera that shoots 3 rolls of 35mm film at the same time. The resulting shot is a 4×5″ exposure.

There's a bit of a back story on this one… on March 22, my pal Udi (the guy that runs DIYPhotography.net) pointed me to this cool little thing via Twitter. I replied (half joking since my birthday was on the 31st) “I hadn't seen it until just now — crazy!!! I want one for my birthday.” Udi replies back with “that may just be arranged…” Then a few days ago he hits me with a DM that says “you should watch the blog tonight. I am about to deliver your bithday present :)” 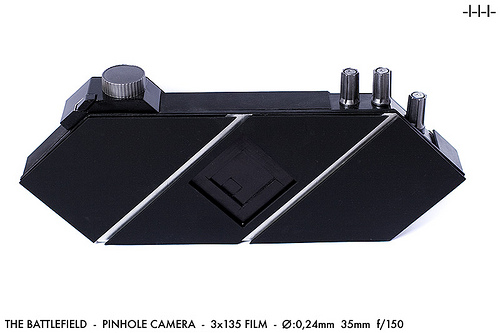 I figured it had something to do with this camera… and I was right. Udi went out and put together an insane DIY-how-to article for building one of these things with the help of its creator: Steven Monteau. The guide they put together is incredibly detailed with all the steps needed, plus videos! Dang Udi… thanks for the present! I just might have a go at this thing! 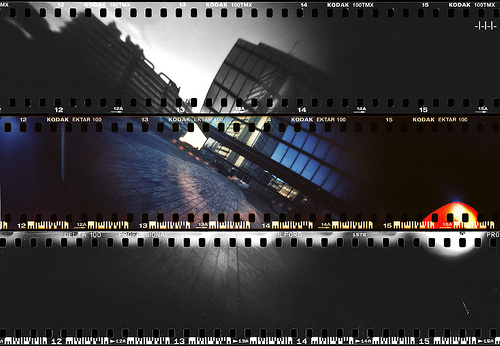 Another newsworthy item I came across recently is a video of the Apollo 11 Launch at 500 Frames per Second (found via PetaPixel). This is incredible footage, and it was all caught on film.

So there you go — a couple of extreme film photography items worth checking out.