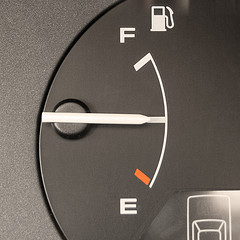 In my recent post about my photography resolutions for 2010, a couple of you suggested moving to truncated rss feeds for the blog. One suggested that it could make the site more attractive to advertisers by “forcing” readers to visit the site, and another mentioned that a truncated feed might also encourage comments and interaction here on the blog.

The common theme between both comments is that the feed consumers aren't visiting the site very often. While making the blog more profitable is on my mind, I'm more concerned with the amount of interaction on-site. In 2009 we had around 2500 comments and pingbacks. But in 2008 we had around 4300 comments and pingbacks. My only guess is that a bunch of the old base-community has migrated over to the feed reader and assumed that the conversations would continue without them.

Then again, it could be a lot of contributing factors: feed readers are getting better, people's lives are busier, my writing is turning to crap, etc. At any rate, I'd like to try a little feed experiment for a while and see what changes.

[UPDATE 1/12/2010] Looks like I'll be keeping full feeds after all. Most people prefer them (myself included) and there doesn't seem to be a good method for setting a breakpoint manually.

I'd also like to hear from you feed readers on this subject. Does it matter to you one way or the other? Will you wash your hands of Epic Edits once and for all? Or would you actually prefer to have condensed feeds in your reader/email?

Also feel free to leave your thoughts and comments below — I do read every single comment and I hear what you guys are saying. I can see pros and cons on both sides of this discussion for both you and I, but I need to know how much you guys care one way or the other.