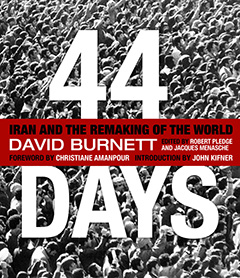 For those who don't already know, a favorite topic of mine is war and conflict photography. I say “favorite”, but I feel somewhat awkward calling it that… favorites are usually associated with happy things (kitties, butterflies, flowers, sunsets, puppies, etc). No, war and conflict don't make me feel warm and fuzzy inside, but I do feel that photographs of such situations are vitally important.

Why are such photos important? Because they tell the story of things that are happening to fellow human beings around the world. Because the photographers capturing the images are risking their lives to tell that story. And because the photos are history in the making.

This latest book of images and recollections from photographer David Burnett is nothing short of amazing. National Geographic has a tendency to outdo themselves with the materials they publish, and this book is the latest in that trend.

See the end of this post for a chance to win a free copy of the book.

44 Days: Iran and the Remaking of the World (ISBN 978-1426205132) can be purchased directly from National Geographic or through Amazon.com

44 Days: Iran and the Remaking of the World is a hardcover book containing 224 pages of text and photos (both color and b/w). It's an average sized book, not too large or too small, measuring approximately 9×10.5″. Needless to say, the quality of the cover, binding, and paper are all outstanding. And the images contained within are equally outstanding. 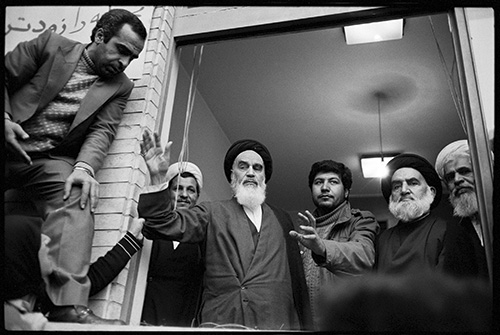 The book covers the history of the Iranian Revolution of 1979 when the Shah was overthrown and the Islamic Republic was born. The major parts of this event took place in a mere 44 days, and David Burnett was there to capture a big part of it. Everything from mass protests, funerals, killings, the fall and rise of power, and everything else associated with the revolution. I found it amazing that one person could capture so many aspects of this event, and I was amazed that he lived through it. 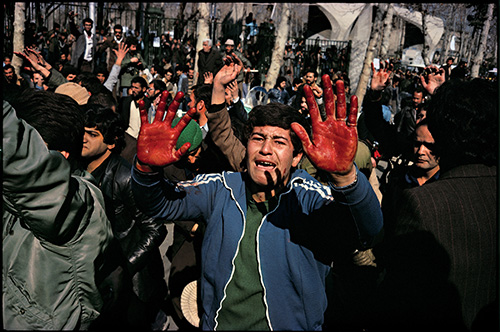 Obviously, this is a wonderful piece of photojournalism, but it's more than that. David's recollections and thoughts are visible every few pages of the book. This is more than captions on the photos — this is a historic account of what happened day-by-day through the revolution. From start to finish, from city to city, David recounts his steps and recaps the news of things that were happening in Iran at the time.

All in all, this is more than just a photo book — it's a history book. And this is the type of history that isn't taught in most classrooms. 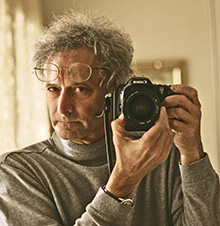 David Burnett is a seasoned photojournalist with over 40 years of experience in the field. He has worked in over 75 countries and won many awards for his photojournalism. After his college days, he worked for Time and Life magazines on many assignments.

David's work has taken him to the Vietnam War, the Iranian Revolution, and countless other historic situations. He has also photographed every American president from John F. Kennedy to Barack Obama, in addition to reggae legend Bob Marley.

In 1975 David co-founded a new photo agency, Contact Press Images, in New York City. You can see more of his amazing work at his online portfolio. 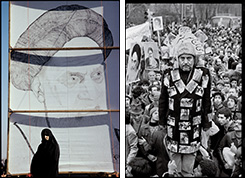 For me, this book was an eye opening experience. When I first got it, I scanned through the photos and I was fairly impressed at a first glance. But when I started reading the text, the photos went to a whole different level — they had a deep sense of meaning and importance. The book is also written in such a way that your interest in the subject is accelerated as you read through it.

On the flip side of being overwhelmed with amazing photojournalism and story telling, I couldn't help but feel like a stereotypical “Dumb American”. This is a subject that I knew absolutely nothing about, a subject that is not taught in typical American high schools. The Iranian Revolution was such a huge piece of modern world history, and I'm a bit disappointed that it isn't as well known as other historic events of the same caliber. And with the level of anti-American feelings during the revolution, I'm quite amazed that David survived the ordeal. He's a trooper, that's for sure.

A great book overall. If you enjoy history, photojournalism, and/or conflict photography, I'd say go ahead and buy this book

The folks at National Geographic provided me with 2 extra copies of the book to give away here on the blog! I like doing contests for the freebies, but I also like the contests to be on topic with the material. This one presents a difficult situation because not many of us have been to Iran or photographed revolutions. So the assignment for this contest is to curate a gallery from other people's photos.

Flickr recently announced a new feature called “Galleries”. This allows you to create a collection of up to 18 photos from other photographers, while adding your own comments as a curator. This is a perfect feature for us to test out!

Create a Flickr Gallery on the topic of “Iran” and leave a link to your gallery in the comments below. That's it! You can focus on sub-topics and genres within the boundaries of “Iran” — things like people, places, buildings, religion, food, clothing, etc. Whatever you can come up with! Here's a quick gallery I put together titled “Faces of Iran“: 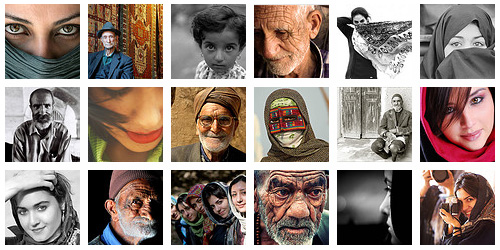 So that's it! Get your gallery curated and drop a link before October 12, 2009. I'll announce and present the winners (my favorites) sometime soon after.