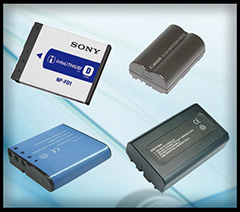 Digital cameras are packed with lots of great features and spiffy enhancements. But a lot of the goodies are big culprits when it comes to power usage. And there is no worse feeling in the world than having your digital camera battery run down in the middle of a crucial shot.

While you can quickly stop and put a fresh battery in, you can't always go back and recreate what would have been a great moment for the camera. And even though you may have a few backup batteries, the real trick is to maximize the life of the one that you're using so you can get the most shots per charge possible.

Here are some things you can do to help get more out of your battery's life.

These battery maintenance tips will help you dramatically extend the life of your battery, while getting the most out of each charge. They'll help you prolong your enjoyment of your digital camera. And they'll help you and your camera to always be ready to take a great picture – no matter when the right photo opportunity arises!