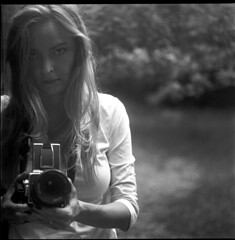 As many of you know, I’ve been addicted to film photography for about the last year. And maybe its just the crowd that I associate with, but it seems like more and more people are shooting film lately. Some are picking up their old film cameras for the first time in years. While others are brand new to film photography.

So where do you sit with film? I put a small set of answers in the poll below, so try to fit your own experience to one of the items listed. If your own situation is a bit unique, leave a comment and let us know!

Also, check out the results from the last poll titled “How Much of Your Work Do You Share?” The question was based around what percent of your photos actually end up online where other people can see them. I’m a bit surprised at how heavily the answers came out to one side of the spectrum.