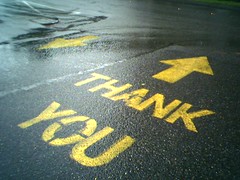 You had to know this was coming… everybody does it at the end of the year. I did the same type of post last year, and I think it's a good idea to touch back on some of the more important articles and discussions. Once again, I'm excited to see how far we've all come in just one year and I'm equally excited for the next year. Epic Edits has been online for almost 2 years now, and I'm truly thankful for the community that has formed here. A big thanks to all the regulars, the commentators, and the supporters — without you guys, this place would be nothing.

The thing that always amazes me about the community here on the blog is how diverse the group really is. We have everything from beginner to professional, film to digital, and we come from every corner of the globe. I couldn't ask for a better group of people to collaborate with.

OK, so 2008 is pretty much over and we're heading into 2009. Here is a selection of articles from the last year that you ought to check out.

How To Create Photoshop Actions

60% of Photoshop Users are PIRATES!

The SLR Camera: Then and Now

How to Create Monster Photoshop Files

Your Complete Guide To Adobe Bridge

How To Participate in Photography Projects

10 Things I Hate About Film

80 Film Cameras for Under 50 Dollars!

Art From My Favorite Photographers