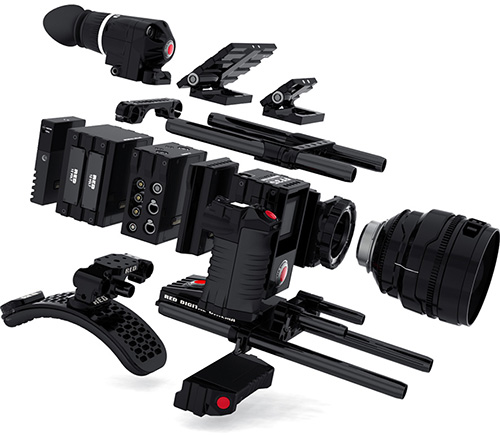 RED Digital Cinema has announced some revolutionary news regarding two of their new camera lines: Scarlet and Epic (hey, cool name!). But these are more than just cameras — they represent entire collections of interchangeable and modular components. While RED cameras are aimed at the cinematography crowd, there are a few things that we photographers should pay attention to.

First of all, the cameras have the ability to shoot motion and stills. We're seeing the same thing happening from the dSLR market with the Nikon D90 and the Canon 5DII. So RED is bridging that same gap, but from the other side. Eventually, I'd expect that the line between still and motion cameras will be hard to distinguish. In fact, doesn't the camera below look an awful lot like a medium format dSLR? 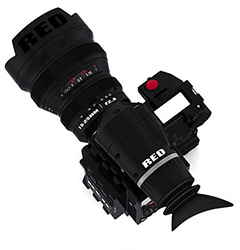 Aside from the actual hardware that they've announced (which is quite impressive), the real revolution here is the modular approach they've taken. You pick out the “brain” (or sensor/processor), you pick out the accessories that you need, and you pick out your lenses. How cool would that be in the dSLR market? When something like a new sensor comes out, you would just replace the sensor unit rather than the entire camera. Or maybe you're fine with your sensor but you want to upgrade your old 2″ LCD and backpanel.

You get the idea… Does anybody else out there think the concept is downright amazing? Is this kind of approach even useful for digital photographers? Be sure to check out the links below for more information.