I hope you're all not getting too tired of this backup stuff — I promise, we're winding down soon. This article deals with a form of photo backup that people either love or hate: the DVD.

After this article, we'll hit on one last form of backup. Then we'll talk about software, strategy, and general advice. So stay tuned!

The DVD, or more specifically the Recordable DVD, is basically a plastic disc with some other stuff in/on it. DVD's are optical discs, so there are actual pits and bumps in the media (or variations in dye color) that make up the data (kinda like a record, but different). But regardless of their anatomy and inner workings, I think most of us are familiar with the DVD. To backup on DVD, you'll need a DVD recorder and the blank writable discs.

As technology advances, so do the formats and capacities of the DVD. The most common disc is the single layer DVD with a capacity of 4.7GB. These discs come in various flavors, such as DVD-R, DVD+R, DVD-RW, DVD+RW, and DVD-RAM. There's really no difference between the – (dash) and the + (plus) variations, other than the fact that some recorders are built for one or the other (but there are also multi-format recorders out there). The RW indicator just means that the disc is rewritable, and I would caution against using such discs for backing up photos. DVD-RAM is another rewritable format, so I'd stay away from it for backups (though they do have a very long shelf life). You can expect to find DVD-R and DVD+R discs for about $0.30 per disc when purchased in bulk.

Then we have Dual Layer technology, with a capacity of 8.5GB. And again, we have the -R and +R variations. The downside to these discs is that they cost more money per GB. You can expect to pay about $0.90 per disc when purchased in bulk.

And now we have Blu-ray… the latest format for optical discs. These are way new in comparison to the older formats, so they're not widely used yet. But the capacity is quite amazing at 25GB for single layer discs and 50GB for dual layer discs. The major downside to Blu-ray is the cost. You can expect to pay about $10 per disc, and good luck finding them in bulk. 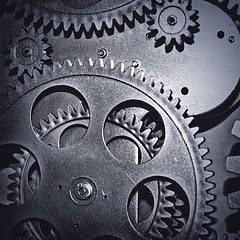 I think I've said this a couple of times, but I'll say it again: Don't use rewritable discs for backing up your photos! Two reasons — they're more expensive, and they have the potential to be overwritten or erased. The whole idea behind using a DVD to backup is that it's cheap and permanent (well… sort of). They're cheap enough that you can recopy the data every 5 or 10 years to new discs, and they're permanent enough that you don't have to worry about erasing them by accident.

If you have a DVD recorder, you should also have some software that goes with it. The backup process for DVDs is a bit more manual and labor-intensive than other methods we've discussed, but it's not terrible. Most software now is just drag, drop, and hit a button.

If you decide to use DVDs to backup your photos, you'll have to decide when those backups will take place. Some photographers like to immediately backup to DVD after the photos hit the hard drive. Others, like myself, just do a DVD backup every week or every month. Either way is fine, just as long as you're fine with it.

Some photographers also like to use archival quality DVDs for backing up their photos. These can run about $2.50 per disc and they claim to be good for 100 years. Personally, I just use regular discs (but not the uber-cheap ones) and I write the recording date on them (along with the photos contained) — I figure I'll re-copy them to fresh discs every 5 or 10 years just to be safe. Plus, as capacities go up and prices come down, I can condense my DVD archive as the years go by.

As I mentioned above, DVDs are cheap and (mostly) permanent. At $0.30 per single layer disc, you're paying about $.06 per GB. For a 500GB hard drive to be economically equivalent, you'd have to find one on sale for $32. So anybody who says they don't use DVDs because of the cost is full of it. You don't have to use the archival quality discs — regular ones are better than nothing at all. But if you want to invest in the expensive stuff, go for it.

And as I also mentioned above, the data recorded to a DVD (not a rewritable DVD though) is permanent. You can't erase it by accident. You can't overwrite it by accident. You simply burn it and stick it in a binder or a case and stow it away somewhere. I like to keep mine offsite — it's easy just to bring new discs to the location and add them to the stash. No back and forth business. 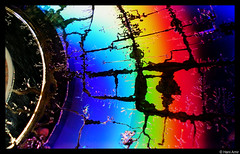 The main downside to a DVD is how fragile they can be. The discs are prone to scratches and dings that could ruin all the data (especially the really cheap no-name brands). It's best to not handle them any more than is necessary. Get a binder, throw them in the sleeves, and don't take them out unless you need them. Or put them in jewel cases and leave them on the shelf (though this adds considerable cost per disc). Along the same topic of fragility, DVDs will age and go bad after some number of years.

Another issue with the DVD is the capacity. Unless you have a large budget, you'll likely be using the old 4.7GB discs. You could potentially be splitting up a single photo shoot across multiple discs. If you're prone to taking a lot of photos like that, you might consider dual layer discs just for the convenience. And once you have a large collection of DVDs, they take up quite a bit of space in comparison to a hard drive (another reason I like the binders or books).

And the last weakness isn't so much with the DVD, but the person using the DVD backup method. You have to remember to actually do it. You can't rely on your fancy automated software to pick up a disc, put it in your computer, and make an up-to-date backup. You've got to have a schedule, and you've got to stick to it.

If you couldn't tell by now, I'm a fan of the DVD backup. I would recommend this method to all photographers. It makes for a great primary or secondary backup solution and it's dirt cheap.

Sure, it's not as automated as some other methods and it can even be a little tedious, but burning a couple DVDs each week or month is certainly less stressful than losing all your photos in the event of a catastrophe.

Note: Feed readers will have to visit the website to view selected products.