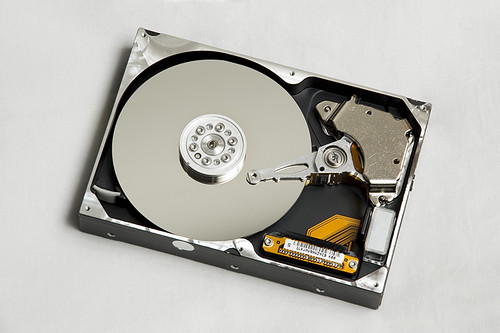 In the last big part of this series, we talked about working drives — the various options and their strengths and weaknesses. In the next few sections, I’ll be diving a little deeper while discussing various options for your backup hardware. Once we make it through the hardware, we’ll talk software. And finally, we’ll finish off with a discussion about strategy.

Our options for backup hardware is much the same as the working drives, but we have a few other options too. To kick off this section, we’ll go over the use of internal hard drives as backup hardware.

An internal hard drive is simply a hard drive housed within your computer case and attached to its power and data connections. All computers have at least one internal drive to run the operating system, but an internal backup drive is one separate from your main drive. Simply creating a copy of your data on the same hard drive won’t give you much data protection. On that same note, most computers have more than one power supply cable and hard drive data connection, so installing a second, third, or even fourth drive should be no problem.

Hard drives come in all different flavors. Common form factors include 3.5″ (commonly found in desktops) and 2.5″ (commonly found in laptops). Let me just interrupt the flow to state that this article is based on the assumption that you’re using a desktop computer with 3.5″ drives — laptops don’t usually have too much extra space for additional drives. Hard drives also come in a multitude of disk interfaces (or the shape of the data plug). The SATA interface is most common today, but some computer are still supporting the old ATA drives. SCSI (pronounced “scuzzy” if you’re a geek) is not terribly common, but some people still use them. And I’m sure that by the time I publish this article, the next best thing will have obsoleted the SATA drive.

So my point is this: make sure you know what type of drive you can plug into your computer. Don’t jump on that ATA drive because it’s cheap, only to find out that you can’t even plug it in. Also beware of differences within a particular interface — for example, we’ve got SATA 1.5 Gb/s, SATA 3.0 Gb/s, and now SATA 6.0 Gb/s is in the works. So again, figure out what you need before you buy. 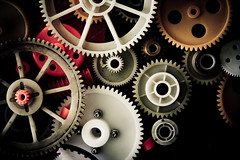 Internal hard drives can be used as backup drives a few different ways. The simplest method is to install the drive as a secondary drive, or extra storage space, and use some type of software backup utility to make a copy of your chosen data from your main drive. We’ll talk about software options later, but most operating systems (excluding Vista) give you the ability to make backups of specific files and directories.

Another method is to use the drive as a mirror, or RAID 1 configuration. A mirror is simply a disk that is a duplicate of another disk or portion of a disk (like your photos), usually updated in real-time. For this, you’ll either need a piece of software or hardware (like a RAID controller) to manage the mirror operations.

The last major method of internal drive backup I’ll talk about is a full-blown RAID 5 configuration. This method will require at least 3 separate internal drives and a RAID controller to work (though I believe that some distributions of Linux can do this via software). A RAID 5 setup utilizes these 3 or more drives as a single drive with the data split between them in a manner that allows one drive to fail and your data to remain in-tact (of course the failed drive has to be replaced though). 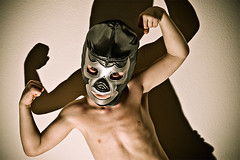 Internal hard drives are fast, cheap, and they stay out of your way. They won’t clutter up your desktop or get knocked off the printer stand because they’re bolted to the inside of your computer case. They also have fairly high capacities given the cost — 1TB drives are not so uncommon. Drop down to 500GB or so and you can pick one up for much less than $100. 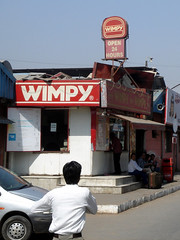 Well… for starters, it’s sitting right next to your main drive. This means that you’re not protected against theft, fire, lightning strikes, computer viruses, and spontaneous combustion. If something happens to destroy your main drive, it’s probably going to destroy your back up drive. It does protect against a random hard drive failure though, which is more common than most other catastrophes. The other downside to the internal drive is that you can’t pack it up and move it around or store it off-site without lugging your whole computer along or ripping it apart.

Extra internal drives can be a very feasible backup solution. They’re certainly better than nothing, and you have a couple of options for how you set up the drive to interact with your other internal drives. If you do choose to go this route, I’d strongly suggest a secondary backup plan (which is something I’d suggest anyway). Just don’t get stuck in the notion that you need an external hard drive to backup your photos — which is what we’ll be talking about in the next article for this series.