Some time ago, I wrote an article titled “Five Fantastic Flickr Photographers“. The five photographers featured were contacts of mine whose work I really appreciated. Since that time, I've encountered many more great photographers on Flickr, particularly those involved with the Epic Edits Flickr Group.

Week after week, as I go through our group pool, I encounter amazing photos from a select few photographers. Without even looking at the photo details, I know who it's from and I know that I love it. But then again, these are folks that I've been following long before the formation of our Flickr group. So pay these artists a visit, add them as a contact, and let them know that their work is appreciated. 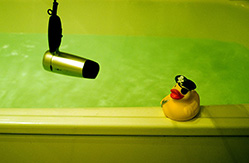 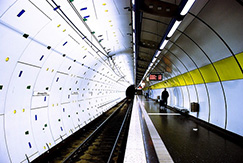 I've been following Mathias for quite some time — I was following him on Zooomr before he even jumped over to Flickr. His work is absolutely captivating, often appearing as though it's from a different world. He is well known for his eye-catching use of color and form via industrial landscapes. But he's also well versed in street photography, urban & rural landscapes, abstracts, and many more genres. Mathias also has a way with film that sets him apart from the crowd. In addition to recently joining the Fine Art Photoblog, Mathias has a portfolio website filled with some of his best works. 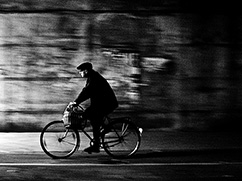 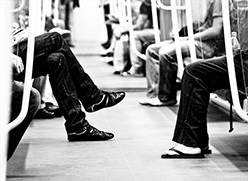 Gregor gives the impression that he's a weathered street photographer from the mid-century past. His photos have a very unique and identifiable style, and they are a true testament to his abilities as an artists. Though Gregor doesn't post a large quantity of photos, when he does post a photo it's an instant favorite of mine — well thought out, well executed, and well presented. Having dabbled with street photography myself, I know just how difficult it can be to produce impressive photos such as Gregor's. 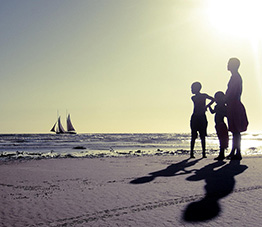 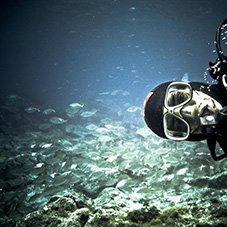 Javi has one of the most unique and memorable styles. You can typically spot his work by his signature green-cast images — which suit his composition style well. Javier's eye for composition is his strongest point; creating photos that are simple and interesting to look at. What really amazes me is that you can dig as deep as you'd like into his archives, and you won't find anything of lesser quality or intrigue. If you do so, you'll also notice that he's done a fair amount of travel to some very interesting places. Oh… and he tends to show up underwater quite often — which is another really cool aspect of his work. 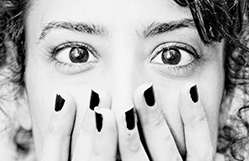 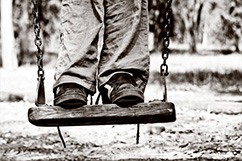 Victor's photos come across as being very bold and intentional. With his images typically revolving around human subjects, he manages to capture personal and interesting features of his subjects. Victor's portrait work is quite stunning, mainly because of the intimacy found in each photo. He also has a unique talent for capturing “portraits” of features other than the face — feet and hands in particular. And the color choice for most of his work — outstanding black and white, of course. 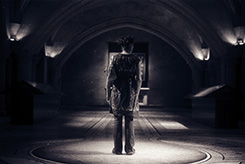 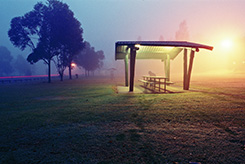 Tom is fast becoming something of a “Flickr Legend” due to his amazing social interactions and for his work with film photography. Many of you probably only know him as “the_wolf_brigade” — and those who do know him understand what I'm talking about. His work with film has been a personal inspiration to me. Not only is Tom very good and very capable with film, he's also very open to sharing that experience with anyone who asks. Lately, he's been experimenting with long exposures and even a few double exposures. If Tom keeps going at film the way he has, he'll be a force to reckon with in the very near future. You can also keep up with Tom on his photography blog: The Mediation of Life

In addition to the five I've chosen to highlight, I wanted to pick out another five photographers from the Epic Edits Flickr Group who often catch my eye. It was actually a very difficult decision to choose the top five from all ten of these photographers.

Be sure to check out all these great photographers, add them as a friend, star their photos, leave comments on their work, let them know they are appreciated. Following the work of others is a great way to improve your own photography and it's quite inspirational.