A few weeks back, I posted a poll asking what I should write about. One of the more popular questions was “What’s the attraction of B/W and how do you pick which photos to process that way?” asked by Neil Creek. 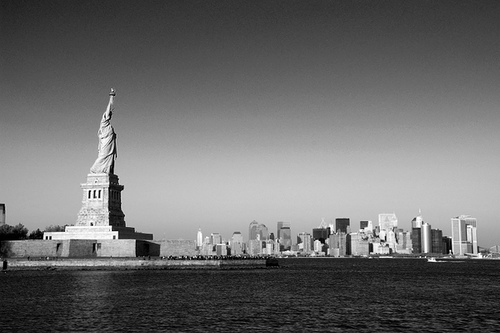 That’s a really great question, but its one that I hadn’t thought about prior to being asked. I suppose I am a little heavy on the black & white stuff on my Flickr Stream, and it’s not unusual for me to post long stretches of grayscales. In fact, my “Black & White” set is one of my largest sets with over 225 photos. Its not that I’m trying to force all those black and white photos… they just happen. So Neil’s question got me thinking about why I hold such a preference.

MY ATTRACTION TO BLACK & WHITE 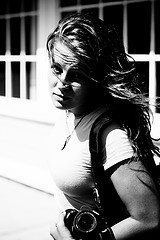 Describing my own attraction to black & white photos is probably somewhat pointless. Many of the things that attract me to the medium I haven’t found the words to describe. Even so, I’ll do my best to tell you what I know.

Black and white photos are timeless and classic. So many “Masters of Photography” before us have laid down such a huge array of great work in black & white. These grayscale classics have been burned into our minds as representations of great work. And without a doubt, many of these works will live on for quite some time.

Black and white photos are simple and elegant. The lack of color forces the eye to concentrate on the core of the photo – composition, textures, patterns, and subjects. The utter simplicity of black on white or white on black has no match. Not only that, but a black and white photo can be placed on almost any wall in any home and not look completely out of place. 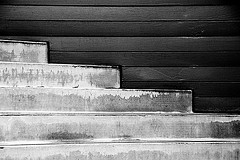 Black and white photos allow for greater artistic flexibility. Those of you who follow my photography will know that I’ve been toying with high contrast black & white photos, both film and digital. The great thing about a grayscale image versus a color image is that the reality of the photo can be stretched much further. Take one of my high contrast b/w photos and bring the color back – it looks like crap. Most color photos have to adhere to a higher level of realness or they just come off as being over-processed by an under-skilled photographer.

DECIDING WHEN TO GET RID OF COLOR

For me, this decision is usually pretty easy. If you flip through my photostream on Flickr, you’ll mainly notice three type of photos: black and white, bright colors, and cross processed (which I won’t get into right now).

The color photos you see rolling out of my Flickr account are typically focused on the color as the main subject. The colors are bright, bold, brilliant, and a major part of the photo. If I’m deciding how to process a photo and I don’t see some amazing colors popping out of the screen, it’s off to black and white. So basically, if the color isn’t providing a strong benefit to the image, it’s probably just distracting from the other elements. The Online Photographer had a good article on b/w versus color too.

Of course, there are exceptions to my “rules” of deciding these things. Some photos just don’t work as black and white because they actually become less simplistic. And some photos won’t look good no matter what you do to them.