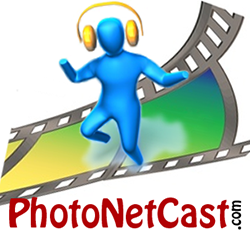 PhotoNetCast has just officially launched with its first two podcast episodes. The new production is a group effort between four photographers and bloggers, discussing many of the current topics in photography-land. The site’s creator, Antonio Marques of Words: irrational puts it best:

Our idea is to stand out from the crowd and turn this podcast into a more relaxed and dynamic feature with a roundtable format. Instead of delivering the common “how to’s” we intend to bring our own opinions and discuss the latest news going around in the photography world with a special focus on what is released by photography bloggers. This, of course, doesn’t mean that we will not try to make it educational.

In addition to Antonio’s voice appearing in the podcast, you’ll hear Jim Goldstein, Martin Gommel, and Myself co-hosting in this twice-a-month discussion of photography. Along with each podcast release are show-notes that highlight the topics of discussion along with links to the stories we’re referring to. The other photographers/bloggers in the show are guys that I have high respect and admiration for, and I’ve known each of them for quite some time. So if you’re looking for something to listen to while you process your photos or surf through Flickr, give the PhotoNetCast a try.

For those who do end up listening to the first few episodes, we’d really appreciate some feedback and future suggestions on how to make the show better. And for those of you with a blog of your own, we’d certainly love it if you helped spread the word to your readers. Thanks everyone!