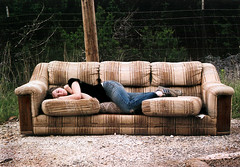 Last week I asked the readers “What Would You Do… If You Could?” as part of our weekly poll. This one was an essay question though, and we had a lot of great answers come out of it. The question was based around the notion of having no worldly obligations and what you would do as a photographer.

18 photographers chimed in to share their dreams and aspirations with the camera. I love the diversity in the answers from each of the photographers, and it’s difficult to say that any of them sound more enticing than the others. But I did say I’d pick a few of the comments and feature them in an article. Here are five exceptionally inspiring responses — plus my own response to my question.

If I had my way and obviously money was not an issue I would hire some of the great photographers and travel with them to understand how they see and their approach to capturing images. I would not limit it to one type of genre, but would take it all in. Can you just imagine the dialogue you could have with them. I would want to go with them on professional shoots or just to their favorite places. This would be my nirvana.

Wonderful question this week Brain. My answer is pretty simple. It stems from my background as a CNA. If I could get over my shyness (which would be huge) I would work with people who don’t have a voice. Not mutes, but people in a restricted situation. I would document people in prisons, senior homes, mental hospitals. So often they are thought of as there labels. You don’t get to know the person behind that label. I’ve seen a ton of the elderly in senior homes, with their only family being their caretakers. No family ever comes by to see them. Most often they can’t socialize, but with their eyes. With prisoners, it would be a whole different issue, I’m not sure that I would have the guts to do it, but I’d love to meet them, and document their stories, and try to understand the psychology behind why they committed their crimes. With Mental patients, it would be trying to understand the person behind the illness. They are their illness, but it’s out of their control. I believe there is someone under that illness, but they can’t communicate it. Breaks my heart to think of it. I’ve got a dad with a severe bipolar problem, and he went through many mental hospitals, saw all sorts of crazy things, and thankfully all these years later, he is stable, and living in a home alone, and now can function normally, with medication. I don’t want to photograph models, or people that are already in the public eye, I want to show who it is, that we aren’t looking at. Of course if I ever partake in all this, it will be in a few years if ever. It’s just a dream right now, and I’m comfortable with it.

Take any long, complex process and follow it from start to end. Planning, construction and deployment – or decommissioning and tear-down – of a ship, oil platform, sewer system, bridge, particle collider, industrial plant … Or start to finish of an industrial development process, from R&D to the marketing of the finished thingy. Follow something longitudinally. Then, since I’m an utter hack and the sky’s the limit here, I’d have some of my favourite photographers in a Rolodex (I’d have to actually _get_ a Rolodex first, of course) to call on for advice and impromptu ideas on how to approach any specific situation or phase of the project, as well as blunt advice on my own attempts.

I would definitely do photojournalism. It has never been so easy for human beings to communicate and, yet, I think most of us (at least in the US) are more sheltered than ever. Sure, we have streaming video, podcasts, webcasts, but I still don’t think anything packs the same punch or tells the same story as the right photograph. Years from now, when we look at the conflicts and events that changed our lives and the world around us, we don’t remember videos. We remember single images… The young Vietnamese girl running from a napalm attack, the US flag being raised over Iwo Jima, the “Times Square Kiss” after World War II, a young Chinese student standing in front of a tank in Tiananmen Square. The list goes on… That being said, I’d travel abroad to conflict zones and poverty-stricken areas of the world and do my best to tell the story of the voiceless. I want to put images in front of people that make them finally say “it doesn’t have to be this way”… I want to be able to make people leap out of their comfortable chairs and coddled lives to do something, anything, to make their world a better place. _That_ would be true success.

If I could, I would take portraits of street kids, beggars, and basically the people who roam the streets. Taking that a step further (and if I dare), I would follow them around for a week or so and document their daily lives. We pass these people almost everyday – on the way to work, school, or wherever else we go – but we barely realize they’re there. Worse (and I’m guilty of this too), we deliberately ignore them (especially when they tap on our windows and beg for loose change or food). I’m not sure how common this sight is in your area, but beggars seem to live on every major intersection here in my city. If I didn’t care about making a living (and wasn’t so worried about my safety), I’d be out there doing this now.

At the moment my passion is for street photography and photowalking (which go hand-in-hand nicely). There’s something magical about a well executed street photo, and I need lots of practice before I can consider myself to be a street photographer. Over the last year, photowalking with local photographers has been a highlight of my life — so much inspiration and creativity can be captured just from being around other photographers in a relaxed setting. In addition to these two things, I love to travel — I’ve been all across the U.S., parts of Mexico and Europe, and I’m heading to Japan this fall. I want more. In my ultimate situation, I’d travel the world to meet up with local photographers and explore the places that they call home. Travel… make friends… take photos… have fun.

Thanks again to everyone who answered the poll question. We’ll have to do another essay question sometime in the future — this worked out better than I figured it would.