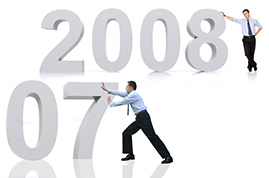 WOW — 2007 was great! I started up the blog in mid-January last year, and it's been an awesome experience since that time. I had been involved with photography a few years prior to the blog, but nothing like that of the last year. The blog has caused me to really focus on my photography and building relationships with other photographers and photography bloggers. All in all it's been great, and I wouldn't give it up for anything. A BIG THANKS to everyone who sticks around, reads the articles, links to the blog, makes comments, and especially to those with whom I've become friends (you know who you are).

So if you're fairly new around here, check out these articles from the past. I've picked out two from each month (excluding January) that might be worth checking out if you haven't seen them before.

Not much really happened in Jauary — I was just getting the blog off the ground and trying to learn the ropes.

6 Tips for Controlling Depth of Field

The Ten Commandments of Photography

My Top 5 Sources of Inspiration in Photography

So You Think You Know What An F-Number Is

Add Impact To Your Photos With “The Rule Of Three”

Create Dramatic Images by Shooting for the Sky

Get the Most Out of Cropping in Photoshop

Warning: These 9 Photoshop Techniques May Result In Great Photos

28 Ways To Interpret A Photo

Focusing on the Unfocused Photos