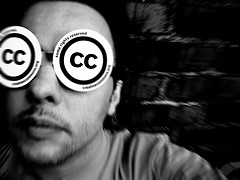 Disclaimer: I'm not pretending to be a lawyer, so read the following article as editorial commentary.

Two nights ago, Jim Goldstein posted an article titled “Creative Commons: A Great Concept I'll Never Employ“. It's a great discussion about the Creative Commons and a few of the pitfalls from a photographer's stance, but (to me) the article seemed somewhat biased against the Creative Commons. With as many items that I wanted to respond to in Jim's article, I feel that my thoughts are better suited in a post of their own. Some of what you'll see here is me playing Devil's Advocate, but in general these are the opinions I've had for some time now. And in no way is this an attack on Jim Goldstein, his article, or his opinions.

WHAT EXACTLY IS THE CREATIVE COMMONS?

Creative Commons provides free tools that let authors, scientists, artists, and educators easily mark their creative work with the freedoms they want it to carry [from creativecommons.org]. Basically the Creative Commons defines the licensing opportuinites of creative works in a spectrum between Copyright and Public Domain. 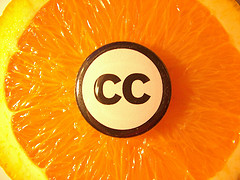 CC on Orange by yamabobobo [license]

I can't help but relate the Creative Commons to the Open Source Initiative for programmers, which has been around for a while and it's quite popular. Open Source allows programmers to distribute their work with an attached license that then allows others certain rights to the work — such as redistribution, derivative works, monetization, etc. The Creative Commons works much the same way in that for the license to be valid it must remain attached to the work as specified within the licensing terms of agreement.

WHAT'S IN THE FINE PRINT? 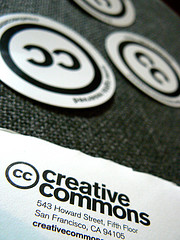 my CC stickers have arrived!!!
by laihiu [license]

Jim pointed out that many who apply the Creative Commons Licensing to their work don't fully understand what they're doing. I tend to agree, and I don't claim to be an expert on the topic myself. But then again, most of those same people don't fully understand the rights and restrictions associated with Copyright law.

I've read through the Creative Commons Documentation in the past, but I took another look at things over the last couple of days. It's quite a bit to digest, but still nothing in comparison to Copyright documentation — it's actually quite readable. Some places to start are the Creative Commons homepage, the about page, the before licensing page, the licensing page, and the frequently asked questions page. I'm not going to go through all the details, but understand that they are there and they are readable.

In summary, before applying a Creative Commons License to a work you must be sure that it is something protected by copyright to begin with, and that you have the authority to apply that license. It's pretty simple for us photographers — if it's a photo and you shot it, you're good to go. If you decide to apply a Creative Commons License, be sure to read through the descriptions of each license carefully — don't just assume you know what it means.

GRAY AREAS IN THE CREATIVE COMMONS

Not everything is cut-and-dry in the Creative Commons. Some documentation is worded vaguely and has room for interpretation. One point Jim brought up was the Virgin Mobile misuse of a Flickr photo licensed under the Creative Commons for commercial use. The problem is that no model release was in place to allow the use of that photo for commercial use. This is where I'm a little fuzzy on things — Is it the responsibility of the photographer or the publisher to ensure that photos licensed under the Creative Commons also have a model release to go with them in the event that the publisher uses a photo for commercial purposes? My gut tells me that the publisher is responsible, since they're the one monetizing the image. What publisher in their right mind would use a photo of a person in an advertisement without acquiring the model release?

One last thing that I've been unsure about is the noncommercial condition. A license utilizing this condition just states that the work can't be used for commercial purposes. That leaves a lot to be interpreted. Luckily, there's a draft guideline on noncommercial use on the Creative Commons website, and it helps clarify some of the questions I've had as a publisher.

SHOULD PHOTOGRAPHERS USE THE CREATIVE COMMONS?

I honestly think that a majority of us should use the Creative Commons Licensing as a way to promote our work, as long as we understand what the license means. It opens up an opportunity for our work to be distributed (and attributed) under certain rules and restrictions that are somewhat less restrictive than fully Copyright, while still reserving our core rights to the work. Of course, preventing misuse of our photographs relies on those using them to adhere to the license — but the good news is that if the terms of the license are broken, that license dissolves and the image is then under full Copyright for that licensee. 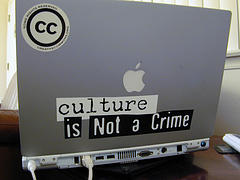 culture is not a crime by Dawn Endico
[license]

I've always been a proponent of things like the Creative Commons and Open Source, and I'll probably continue to be. I may change my mind some day if I ever become a highly sought after photographer, but the thing that may have helped get me there could be my use of the Creative Commons Licensing… you never know. I license all of my Flickr images under the “Attribution Non-commercial No Derivatives” license, which is the most restrictive license available short of fully Copyright. This reserves my right to prevent others from monetizing or changing my work, while allowing them to share it with proper credits. A side note on the Open Source thing — I also released a piece of software under the Apache License V2.0 several years ago. It was a program I wrote for my Master's Thesis (which is an amazingly good read).

So the “sharing” licenses are nothing terribly new to me, and I enjoy being able to have that extra level of control and openness to my work. If you're thinking about using the Creative Commons with your own photography, I urge you to read the fine details of the terms and conditions associated with the license of your choice. If you're still unsure about the whole thing, then stick with Copyright — it's your safest bet.