Here's another photo from my Del Mar outing where I was collecting images for my “Minimalism in Photography” article. This scene caught my eye initially because of the horizontal lines broken up by the vertical lines of the stairs. I was standing normal to the wall, and the stairs were coming off at about a 45 degree angle to the left. So I framed the shot to create a symmetric pattern along the diagonal, trying to leave the same amount of stairs and wall while centering one of the vertical lines. I took about 7 or 8 shots of this so I could be a little more certain of my straightness and symmetry. 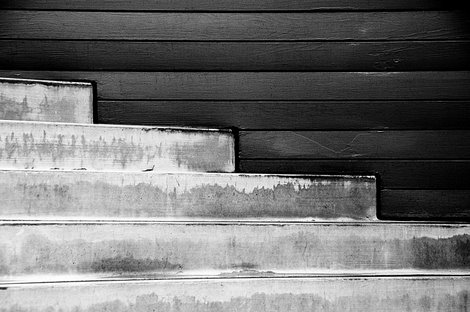