I guess the answer to this question can only come from the photographer taking the shot. Really, you should expose for whatever helps you capture your vision of the scene in front of you. I've seen great photos that were taken underexposed, overexposed, and perfectly exposed — but the photos were great because they captured the artist's intent. 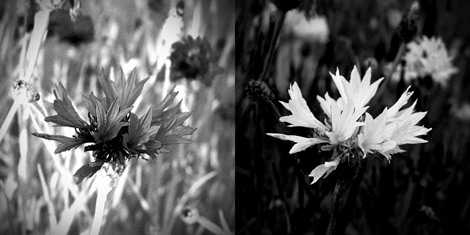 It's generally accepted that digital photographers should expose for the highlights in order to keep things from getting blown out. It's generally a good rule of thumb because pure white pixels tend to be more distracting than pure black pixels — but there are always exceptions. I've also heard once or twice that film photographers should expose for the shadows because the film can be processed in such a way that the highlights can be somewhat revived — I have no idea if that's totally true, but maybe a film buff can set us straight in the comments.

Regardless, these are general rules and you're probably better off knowing the story behind the root issues than taking advice from a rule of thumb. The intent of this article is only to provide information that can be used to make decisions about exposure in harsh lighting conditions. So here we go…

WHY DO YOU HAVE TO CHOOSE BETWEEN THE TWO? 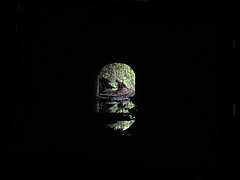 Film and digital sensors make a record of light intensity. Bright light is recorded at a high intensity, while dim light is recorded at low intensity. Film and sensors have a limited ability to record light, and they can only capture light between certain intensities. If there is not enough light to register, you end up with black. If there is too much light, you end up with white. These high and low thresholds make up what's called the dynamic range (definition by Jim Goldstein) of the medium.

WHAT DOES DYNAMIC RANGE HAVE TO DO WITH IT?

When you photograph a scene that contains light intensities beyond the dynamic range, you end up clipping one or both sides of the range. You can see when this happens by checking your image histogram for clipped values. This usually occurs in harsh lighting conditions such as bright sunlight. At this point, no matter what you do to your f-number, shutter speed, or medium sensitivity, you still have the same dynamic range. One option to deal with this issue is to use HDR techniques (which I won't get into here) so that the entire range can be captured. The other option is to shift your exposure and try to minimize the damage.

WHAT'S THE DIFFERENCE BETWEEN EXPOSURE METHODS? 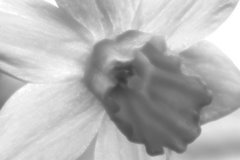 Well, you actually have three buckets to choose from when it comes to shifting your exposure: preserve the highlights, preserve the shadows, or throw both out the window and expose for mid-tones. All three options will result in a different image, and each has it's positive and negative characteristics. As the artist, you have to decide what you want the photo to look like, and how to go about making that happen.

To assist with visualizing all this stuff about dynamic range, highlights, shadows, light intensity, clipping, HDR, etc. I'll use an analogy to bring it to something a little more tangible. Imagine that you're standing on the peak of a small mountain surrounded by beautiful scenery. You have your camera, but you only brought your fixed focal length lens. You want to capture a part of the scene before you, but when you look through the camera you realize that you can't get the whole scene in one shot — your viewing angle isn't wide enough! What to do? You can't move off the mountain peak because then it will be in the way of your scene, and you can't switch to a wider lens because you didn't bring your camera bag.

EXPOSING FOR THE SHADOWS 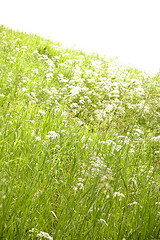 EXPOSING FOR THE HIGHLIGHTS

EXPOSING FOR THE MID-TONES 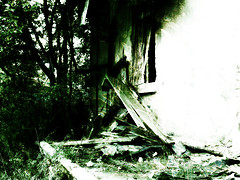 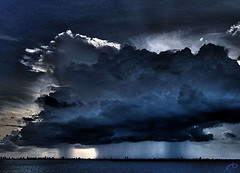 GETTING CREATIVE WITH WHAT YOU HAVE

SO WHAT DOES IT ALL MEAN?

Or maybe it's just information… now go take some pictures.