I read two comic strips: Dilbert by Scott Adams and What The DuckÂ by Aaron Johnson (I'm an engineer who likes photography, so these are all I need).Â  Most people have heard of Dilbert, but What The Duck is at bit more of a niche comic and fewer people have probably seen it.Â  What a shame.Â  The comic is about a photographer who happens to be a duck — actually, all the photographers seem to be ducks.Â  Aaron tackles many of the issues faced by photographers, and it's stinkin' funny — but probably just to photographers.Â  Today's strip pokes at one of the more heated topics among photographers and photo editors.

This is funny on many levels, but it also surfaces a few Photoshop topics of choice.Â  It seems like everybody knows how to use Photoshop on some level, and it's interesting to hear inexperienced users talk it down like it's no big deal.Â  Let me just say that I'm no Photoshop expert, but I know enough to realize that neither are 95% of all the other Photoshop users — maybe that's a stretch, but not by much.Â  I've seen someÂ video tutorials from the experts, and I have a tremendous amount of respect for their talent.Â  What I'm getting at is that just because your six year-old can use Photoshop, it doesn't mean that professionals shouldn't be paid high dollar for their work with Photoshop.

Even fellow photographers will argue back and forth about how much Photoshop should be used when preparing photos.Â  Some people try their hardest not to use it, while others will over-use it just for the sake of Photoshopping.Â  My philosophy: Every image that comes out of a digital camera needs Photoshop, and every image requires a unique amount of editing.Â  It's a tool that should be used until the image looks the way you want it to.

What to do When Sharpening Filters Don't Work

A Roundup of Online Photo Editors

I'm not a fan of using anything other than Photoshop for editing, especially free online editors.Â  But sometimes you don't always have a choice.Â  If you're stranded without a photo editor, but you have web access, you might need one of these Free Online Photo Editors.Â  I must say that they're getting better, but they still don't have some of the basic Photoshop functionality.Â  One editor even has layers capabilities, but it still relies on the contrast/saturation tools found in every photo editor on the face of the earth.Â  How hard could it be to program something for levels or curves adjustments?Â  I hope that the upcoming Photoshop Online will include these tools. 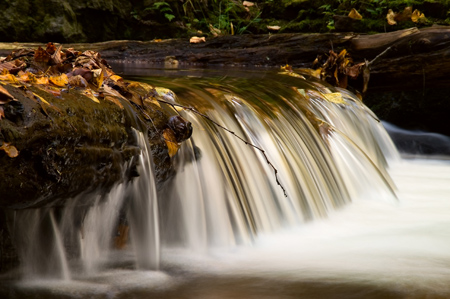