So I’ve been processing some of my graffiti photos lately, and I thought it might be fun to share my Photoshop process on one of them. The details for each step aren’t important because they’re specific to this particular image, so take what you want from this. My main point is that photo editing can consist of many small steps, each step nudging you closer to the final image. Some of these steps may appear very insignificant, but they all contribute to the final work.

I went into this photo with the notion of exploiting the colors from the graffiti. I wanted it to look colorful, yet harsh, at the same time. So my two main goals for this photo were color and depth of tone. I also wasn’t going to hold myself back from doing some extreme adjustments, even if it gave the photo an “unrealistic” look. Usually my editing process is swayed by my mood at the time. So here’s the mood I was in today:

Here is the RAW file processed using the in-camera settings. You can see that it’s very dull and dark. 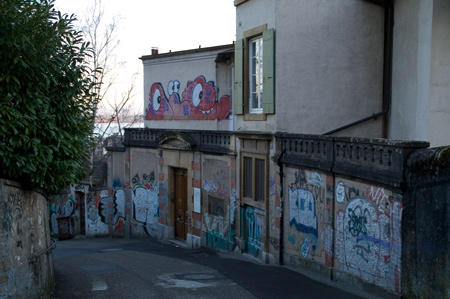 This is the RAW file processed using the “auto” settings in Adobe Camera RAW. The colors are a little better in this one, so I’ll use it as my starting point. 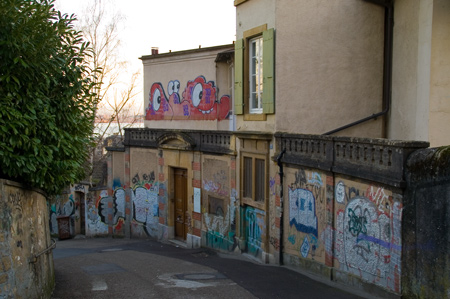 The first thing I did was apply a Levels adjustment layer to brighten up the image a bit. I also masked out the tree branches agains the sky so I didn’t lose detail in that area. 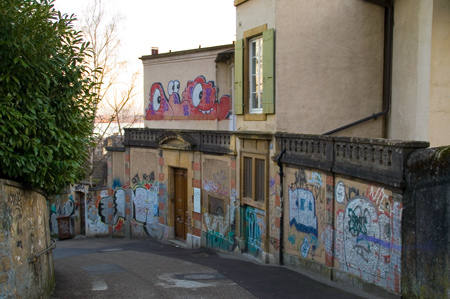 The next thing I did was apply a Curves adjustment layer to further brighten up the highlights and midtones while darkening the shadows a bit for more contrast. Here again, I masked the tree branches against the sky to retain detal. 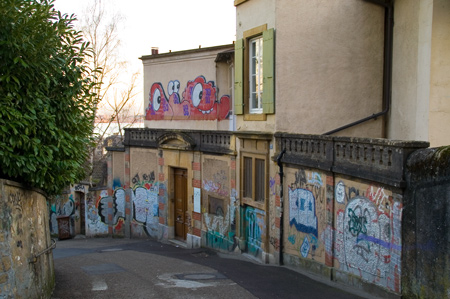 Then I created a new layer on top of the stack and merged all the layers below into that layer. I set the blend mode to Hard Mix with an opacity of 49% and a fill of 48%. I also masked out the tree branches against the sky in order to retain their detail. This gave me stonger colors and more contrast. 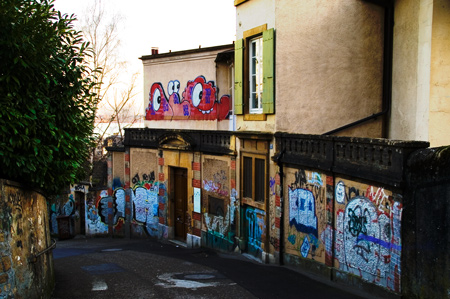 I created another Curves adjustment layer and applied it only to the first story wall in order to brighten it up a bit and get it closer to the second story walls. 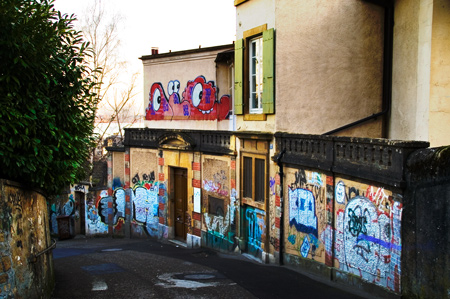 Then another Curves adjustment layer to brighten the entire image just a tiny bit. 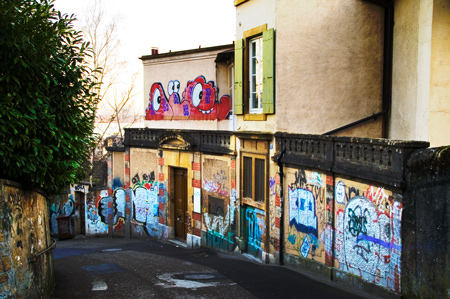 Just as before, I created a new layer on the top of the stack and merged all the layers below into it. I set the blend mode to Color Burn with an opacity of 25% and a fill of 21%. This gave the photo a little more contrast and color depth. 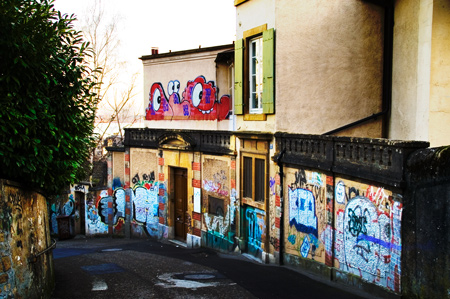 Then another Curves adjustment layer to brighten the image back up slightly. 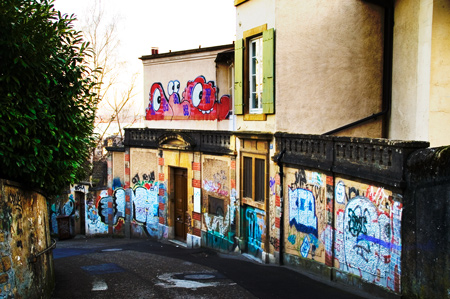 Then another Curves adjustment layer to darken the branches against the sky. I masked out the entire image and painted a hole in the mask just over the branches. 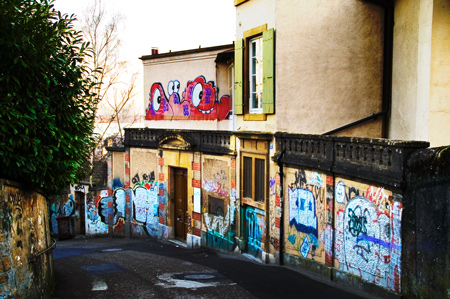 The final step was to sharpen the image by creating a new layer on top of the stack and merging all the layers below into it. Then I applied the Unsharp Mask to this layer. And we’re done! 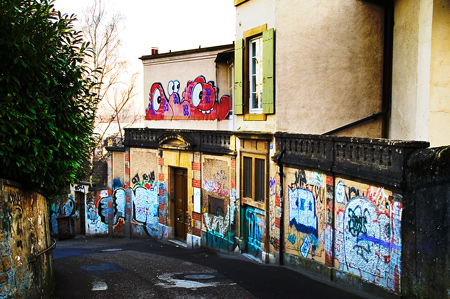