The more photos I take, the more worried I get. I have over 18,000 photos from the last 4 years on an external hard drive, including every photo I’ve ever taken of my children. Now if something were to happen to that hard drive, I’d be at quite a loss. I back-up every six months or so on DVD and place them in a fireproof safe, but I still feel like it’s not enough. What if my hard drive crashes? What if the house burns down and the DVDs melt inside the safe? What if somebody breaks into my house and steals the safe and the computer? These are the things that I worry about when it comes to my photos.

So today I finally signed up for ProtectMyPhotos so that I can rest a little easier. This is a service that backs up your photos online. It’s pretty cheap ($40/year), and they give you up to 40GB of space — they say unlimited, but you’ll have to pay another $40/year for going much over 40GB. I’ve got 42GB, so I’ll probably end up paying the extra fee. Even so, it’s not a bad deal at all.

After you sign up for the service, you download a piece of software that is installed on your computer. This software allows you to choose which folders will be backed up and “watched” for any changes. The software loads up when your computer starts and runs silently in the background, either uploading your pictures to their server or watching your folders for new photos. It also gives priority to other software you might be using so that it doesn’t bog your computer or your Internet connection down. Once your photos are uploaded, you can go to their website and login to see your photos, download them, or restore them if something happens to your local copies.

In addition to the standard JPEG, the software backs-up RAW files, Photoshop files, TIFF files, movie files, and a few other types of files. It even uploaded my Picasa.ini files! It takes a while for the initial upload (I’m at 4% after 4 or 5 hours with a cable connection), but subsequent backups should be pretty quick.

My only complaint so far is that the software doesn’t recognize my .JPE files from my Maxxum 7D as JPEGs — it only sees the .JPG, .JPEG, and .JP2 files. I’ve contacted them about this. Hopefully they’ll be able to do something for me. Other than that, it’s a great service. So if you’ve got a few thousand photos on your hard drive that you couldn’t stand to part with, check it out. ProtectMyPhotos 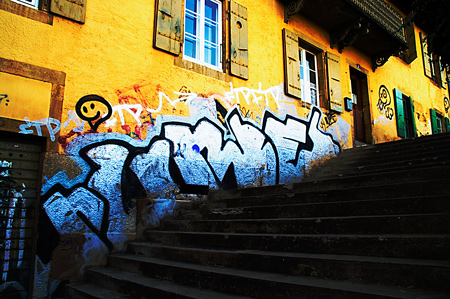