Wired Gadget Lab has the scoop on a few Sony digital camerasÂ that have yet to be released.Â  In the lineup: the Cybershot G1, T100, H7, H9Â and W series cameras.Â  The interesting thing to note is the use ofÂ large internal memory (2GB)Â andÂ WiFi for downloading pictures — cool feature!

Also, the long awaited and delayed Sigma SD14 dSLR is set to launch on March 6th, or so says DPnow.com.Â  I'm very interested to see how this camera takes hold in the photographic community.Â  It has some very interesting sensor technology, and it appears toÂ be a very well designed camera overall.

Pros and Cons of the dSLR Camera

Peter Marshal at About:Photography poses the question “Why DSLR?”Â  Peter provides a good list of why a dSLR is a better/worse choiceÂ than a compact digital camera.Â  For me, the biggest downside of a dSLR is the cost.Â  The camera body costs quite a bit, but that's nothing compared to what you'll spend on lenses and accessories.Â  I just plopped down over $1000 on two new lenses and a tripod — and theÂ goods weren't even that expensive (relatively speaking)!Â  The biggest upside to a dSLR is the control you gain.Â  You have that ability to change lenses, choose aperture / shutter speed / ISO / white balance, and do much much more with flash photography.Â  For me, it's worth it — but it's an expensive hobby, so buyer beware.

The Online Photographer tells us “Why Film Camera Lenses Aren't Great for DSLRs.”Â  There are two sides to the story of film lenses on digital cameras, and this article presents one side — lens coatings.Â  Digital cameras require different (and more) lens coatings than film cameras, and so image quality is compromised when using a film lens.Â  Technically, you can use a film lens on a digital camera because the crop factor of the sensor works for you rather than against you (sensors are smaller than film — most of them).Â  So the other side to this story is that if your film lens was coated properly, you should actually get a better quality image on a digital camera because you're using less of the lens (just the center portion).Â  You get a better quality because most lenses perform better at center than they do at the edges of the image.Â  So if you can get your hands on a high quality film lens, it should work fine with your digital camera. 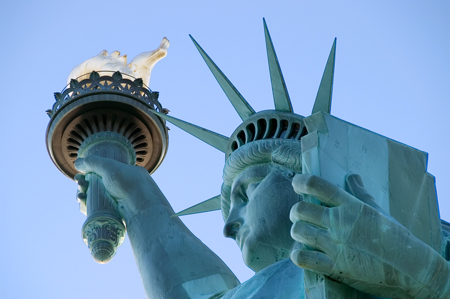