A Rush of New Cameras

It seems as if the floodgates have been lifted in the river of digital cameras, most notably by Olympus.Â  I had to have seen at least 8 new cameras just from Olympus announced in various blogs and reviews around the web.Â  I'll just mention one of them.Â  TheÂ Olympus StylusÂ Âµ770 SWÂ is the new release of a waterproof and shockproof camera.Â  I've got theÂ 720 SW, and it's the greatest thing on earth — besides my beloved Maxxum 7D.Â  If the 770 is anything like the 720 (and I'm sure it's only better), it's bulletproof.Â  It's so nice to have a camera that you can take out in the rain, pool,Â lake, orÂ ocean without worrying.Â  The shockproof feature is nice too, and my wife has essentially tested the reliability of this feature on the 720 — diaper bags and purses are scary places.Â  Other perks of the 770: it's just slightly bigger than most cell phones so it fits in your pocket, it's waterproof toÂ 33ft rather than the 10ft of the 720, freezeproof to 14F, and crushproof to 220lb.Â  Like I said, it's practically bulletproof.

I came accross this olderÂ article today at Flak Magazine called “Toying in Photography”.Â  Honestly, I had no idea these cameras (or people) existed.Â  It's the most interesting article on toy cameras and the photographers and artists that use them.Â  These toy cameras are REALLY poorly made plastic boxes that take 120mm film and use plastic lenses.Â  But the stuff that comes out of these cameras can be very good.

John Watson at Photodoto raises the question “Do you need a drawing tablet“.Â  He starts off stating that if you only do simple operations, you probably don't need one.Â  I've got a Toshiba Tablet PC where the touchscreen tablet is built in on top of the viewing screen.Â  This comes in very handy when (as John states) I need to do complex masking, burning, or dodging.Â  They are very intuitive to use, and can definitely speed up your editing time when used correctly. 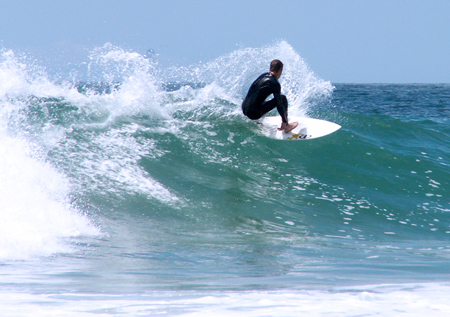