Peter Marshal at About: Photography has us take a good hard look at how expensive digital photography really is in his article titled “Is Digital Cheaper Than Film?“.Â  The article makes a good point, but I think it needs to be put into perspective.Â  It's not just about cost, you should be thinking in terms of time, performance, and money (as an engineer, this phrase has been burned into my mind forever).Â  Even if shooting digital costs more money, how much time are you saving?Â  And, how much more quality do you get from it?Â  Both of those things alone will far outweigh any slight negative impacts on the cost of digital.Â  For me, it's worth it.Â  Peter's article addresses the cost differences between the levels of photographers, but the same principals apply for time and performance.

I'm guessing that most photographers will receive some time benefits from going digital.Â  The beginner/amateur probably more than the professional.Â  As a beginner, it's almost instant gratification when you plug that camera into your computer and you're looking at your photos 30 seconds later.Â  I think the time benefits start to drop off as you do more archiving, backups, editing, tagging,Â file conversions, and printing.Â  When you spend that much time dealing with your photos, though, you begin to reap the benefits of accessibility; finding that one photo from years ago in an archive of 10's or 100's of thousands of photos.Â  I can't imagine trying to do something like that with film.Â  So either way, I say digital wins here.

I'll admit it, digital used to suck compared to film.Â  But due to market demands and growth of technology, not so true anymore.Â  Nowadays, when comparing a similar level film and digital camera, the digital outperforms hands down.Â  It's not until you get up to the medium or large format cameras that digital can't keep up.Â  I don't doubt that digital will catch up pretty soon though — we've already got medium format DSLRs on the market.Â  It's only a matter of time before we see some large formats.

Digital is better overall… unless you fall into that less than 1% category of people that can do more good with film.Â  Even though digital may cost pennies more than film, the other benefits definitely make up for this.

Photo of the Dayâ€¦ 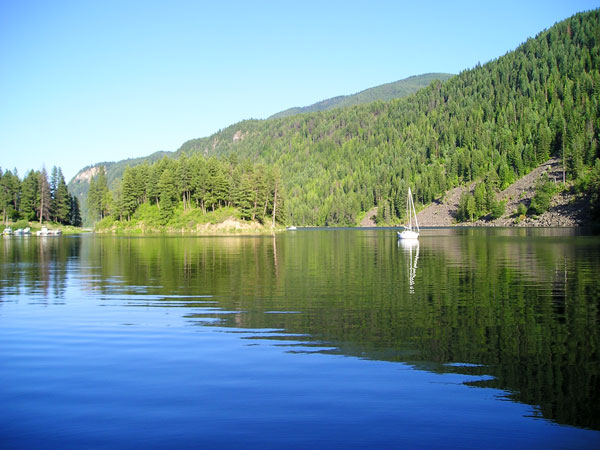